Wilderness Adventures in British Columbia and Yukon since 1988 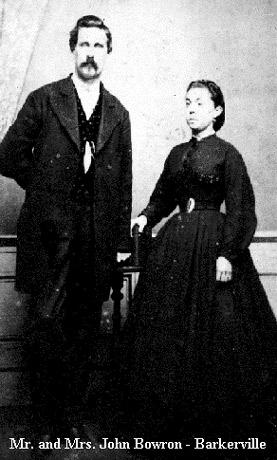 The area was originally peopled by the Takuli or Carrier who sustained themselves by trapping, hunting, fishing and gathering activities. Early European records make mention of a small village on Bear Lake with less than 100 people. As with many First Nations people the tribe was decimated by a smallpox epidemic in the 1860s.Archaeological evidence points to earlier habitation but there is no information about who these people may have been.

The Cariboo Goldrush of the 1860s , centred in nearby Barkerville, brought many of the first non-natives to the area. Looking for gold, they explored further into the Bowron Lakes and brought attention to these areas. After the goldrush some remained and trapped and guided. Soldiers returning from World War I and their families were given land grants in the area. This gave rise to farming and the development of a few hunting lodges.

By the 1920s local outfitters proposed that the Bowron Lakes be established as a wildlife sanctuary to ease the decline on the animal populations. This resulted in the creation of a park reserve in 1925. Over the years the size of the area was increased until finally the Bowron Lakes were designated a provincial park in 1961.